When seven-year-old Evie Weiss discovers a strange, sickly boy in her otherwise familiar forest, she has no idea what it holds for her world. He is a dark angel, one of a race of humanoid beings that feed on humanity and tear Evie’s world down around her.

Years later, as humanity mounts a counter-attack against the dark angels, Evie remembers the boy in the forest and finds herself torn between her loyalty to her own people and feelings of compassion for these strange creatures that first captivated her as a child. It is the quest of one girl to unite two worlds so separated by war, but how can she close the gap between two races so determined to hate each other?

A retired superhero, a lonely Reaper, an incubus on a quest for love, and a girl running from reality itself. Are We Human? features eight, speculative fiction, circa adult stories that explore the most human elements of inhuman worlds.

James Wolfson lives by one fundamental rule—being a werewolf is the ultimate honor. Growing up surrounded by stories of his father’s werewolf pack, he aspired for nothing more than to one day become the ultimate werewolf and make his father proud. But when his first full moon arrives, and James fails to properly shift, he begins to question his place in the werewolf world.

Then he’s given the opportunity of a lifetime—attend a specialized academy to train those things that go bump in the night and embrace his inner werewolf. Simple.

But school isn’t everything James thought it would be. And why is his father acting so strange? And why are people turning up dead? 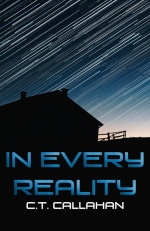 “The House Across the Street”